We are saddened to have to cancel this event due to the COVID-19 public health emergency.  Ticket purchasers will be notified by email. 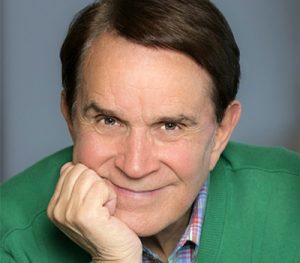 A master mimic of more than 200 voices, Rich Little continues to impress with a touring schedule throughout the United States and Canada. Famous for skewering political figures, Little has charmed, amused, intrigued and gotten the best of politicians from the United State to his native Canada. Little has a voice for every administration…including U.S. Presidents: John F. Kennedy, Richard Nixon, Jimmy Carter, Bill Clinton, both George Bushes, Barack Obama and more. President Reagan even used to tell Little, “You do me better than I do.” Content may not be suitable for younger audiences.

Little says, “An impression is what you think a person sounds like. It could be an exaggeration or a cartoon. It’s your impression. I think of an impersonation as more of an exact copy. Knowing the person personally is not important; it’s knowing the speech patterns and mannerisms [in order] to imitate the person the way the public sees him.” It took him seven years to perfect Frank Sinatra, but only several minutes to mimic Dr. Phil.

Named “Comedy Star of the Year” by the American Guild of Variety Artists in 1974, Little was the perpetrator of nine comedy albums and three HBO comedy specials, as well as the Emmy-award winning specials Rich Little’s Christmas Carol. This is one comedy show you won’t want to miss!